We realised a long-term ambition to create a huge multiplayer game that took a very different approach to the genre staples.

Think multiplayer and chances are you’re picturing an experience where success is measured in how many other players you can kill! Working with the BBC we set out to buck this trend and create a deeply engaging multiplayer game that offers kids a safe and exciting adventure where they actually get to work together, rather than defeat one another.

The BBC also wanted to build a product that engaged with a new (or declining) audience, looking to reach players who traditionally migrate away from the younger BBC channels as they find their media hit through sources such as YouTube, Netflix and gaming platforms.

Sweet Dreams are Made of These

Nightfall began as a prototype game used to test the appetite of the audience for a very new type of multiplayer game. The BBC’s mandate to inform, educate and entertain meant that we would have to think carefully about what the player’s motivations and goals would be within the game.

The brief was to create a multiplayer experience that would appeal to kids in the 8-12 year old range who were seen to be migrating away from traditional BBC platforms and brands. At this age ‘online’ increasingly kicks in as the go-to source of entertainment whether that be watching YouTube or playing aspirational games such as Fortnite.

The latter is of particular interest as at the younger end of the demographic, interviewees would often claim to like games such as Fortnite even without actually having played it. The cachet of multiplayer, social gaming it seemed was so desirable that it gained loyalty without actually being experienced!

Our objective was not an easy one – create a multiplayer game specifically for younger players that offers the appeal of popular multiplayer titles but does so in terms other than ‘defeating’ the other participants.

This was the greatest challenge. Exactly how do you make a multiplayer game that isn’t driven by the goal of beating the other players? And trickier still, how do you make it fun?!

Whilst shooters have the more obvious manifestations of victory through combat, pretty much every multiplayer game works on variants of the theme. Score the most, come first, be the fastest, biggest, richest etc. And whilst there’s nothing wrong with any of this, when making a game for young players who may be taking their very first steps into multiplayer gaming it felt like there was an opportunity to do something slightly less aggressive.

In Nightfall we created a world where players come together to take on a shared enemy. Rather than going after each other, players become ‘Fallers’, a group of mystical warriors who enter our dreams to battle evil forces within. This is where the Nightmares and their minions the Nags come in. These creatures are the manifestations of darkness and doubt that corrupt our sleep, turning dreams into nightmares! The purpose of this in-game foe is that players should be able to drop in and have a great time playing even if there’s nobody else there.

Of course we couldn’t ignore competition entirely, so within every session, there is a UI to track the top players and literally put a crown on the heads of the top three. Not only does it feel great to be wearing the crown, but doing so multiplies your XP so there’s a strong incentive to push on until you’re in first place.

Setting Nightfall in a world of dreams was far from random coincidence. From the outset we knew that the BBC wanted a game that was not only a genre creating, positivity spreading multiplayer masterpiece but also a platform in which other brands could readily coexist. Simple then!

Dreams formed the perfect conceit for achieving this as it almost felt that the more unusual and obtuse the juxtaposition, the more ‘dreamlike’ it felt. This has meant that brands that could be seen as difficult to marry into (any) gaming can occupy space in Nightfall seamlessly. For example at the moment we have a Blue Planet 2 themed zone in the game, eerily communicating messages about the plastic pollution which blights our oceans. The great thing is that with it being part of a dream we don’t have to signpost and over-explain it to the player. They simply discover the new area and make their own associations with it and the game.

And not only can brands be brought in via high-level area themes and takeovers, they can also manifest themselves through simpler integrations. The fact that players can customise their avatar in the game means that brands also come through via outfits and masks too.

All this brand flexibility is possible due to the fact that Nightfall has been built from the ground-up in a Game as a Service model. Everything is tailored to allow easy, rapid expansion of the world and its contents. From the big to the small, we can cycle in new outfits in the shop or change the whole map to become aligned with a brand or event. On the aesthetic side this is key for players as self expression is a huge part of the experience.

Beyond that we have left various components and features purposefully exposed so that they can be modified and extended over time. Right now we are working on new modes and challenges that will offer whole new ways to experience the game. This roadmap has been carefully planned to make sure that as well as offering new players an incredible experience, existing players are rewarded for their engagement with a game that constantly evolves to offer them new things to try and new skills to master.

Keeping the game alive like this requires not just adjustments to the core gameplay, but also the introduction of new metagame loops and systems. The Nightfall that exists today is already a markedly different one to the one at launch, and the Nightfall of tomorrow and the day after will continue to evolve and grow as its audience does.

The Goodboy mantra has never been truer than its expression in Nightfall. Here is a game that invites players of all ages, backgrounds and abilities to come together to fight a common enemy. Launching in 2019, it now feels strangely prescient in a world separated by lockdowns and social distancing. Not least because Nightfall actively celebrates togetherness and cooperation whilst physically apart.

As with all of our products, the ‘everyone’ we talk of also means the democratic approach we take to device support and performance. Even with vast scalable backend servers spinning up and down and a rich fully 3D gameworld to discover, we have made sure that Nightfall runs on the most humble of devices. Whether via browser or App, the game offers its unique message of advancement through collaboration to the widest possible audience.

Not only does this mean that it works on less elite hardware, but it also means that in doing so it sips rather than gulps at mobile batteries. It’s an oft overlooked factor, but making a mobile multiplayer game that doesn’t require you to be plugged in whilst doing so is a pretty big part of what makes it ‘mobile’!

We ran an extensive “Closed Beta” period which cultivated a passionate and collaborative community of Nightfallers across the UK. Over the course of a year, this 2,000-person strong community of play-testers gave insightful feedback which we iterated upon, to ensure our shared aims with the BBC would be comfortably met when scaling up the audience.

Since launching, this community has expanded and is now frequently seen to be sharing feedback, tips and suggestions through app store reviews and the BBC’s message board. Most recently, some common feature suggestions revolved around the desire for players to change their name and communicate more effectively. After swift analysis and consultation with the BBC, we made these dreams come true and added functionality to re-roll your player name as well as a streamlined player-comms system

We love this type of collaboration: identifying player needs and using feedback to inform creative development choices and develop new features. Just wait until you see what's coming next!

The players get the last word... 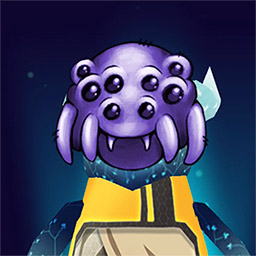 “Ahhh yay!!!!!
I defeated the nightmares 5 times and now I have the Legend outfit!!!!!!
Now I just have to wait for the new updates the new challenges and different ways to play!” 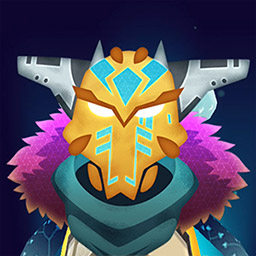 “Thanks you so much to Zirconfly and Streamscreamer for helping me defeat all the nightmares, your help was invaluable and we all got new legendary outfits!!” 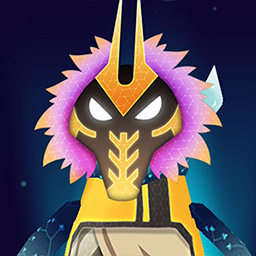 “If anyone needs a tip for fighting always try to dodge the bullets because if you don’t all those bullets will take a toll on your life bar. See you around, I am Sandgrin always looking for teammates. I play on Mondays usually. See you!!”