When Nickelodeon launched LEGO City Adventures, they needed a game that captured not only the spirit and humour of the show but also the attentions of their players

In a world where success is measured by session durations in minutes, we wanted to make a game that was all about long term engagement, bringing kids in to play not just for good ‘webgame’ times but for days, weeks and months of extended play.

We set about making a game that would not just meet client expectations for ‘time spent’ KPIs, but totally blow those expectations out the water!

Working with The Mobile Game Doctors we put together a game that was driven by the balance of in-game currency, the acquisition of materials, and multiple appointment mechanics. With this kind of game, getting the numbers right is basically getting the game right.

We took care of making a beautiful on-brand world in which the game took place and the numbers took care of creating those precious multi-tiered game loops that meant just as the player would be reaching the end of their earnings, they “just happened” to gain access to a new property that could yield even higher revenue and pull them back in.

In the hands of players, these finely balanced numbers didn’t feel so much like maths as magic, giving them an experience that always seemed to offer them a new thing to do just at the point they might feel like they’d reached a natural breakpoint. And when they did take a rest, unlike most webgames they had a compelling reason to return again and again.

After all, LEGO City wasn’t built in a day! 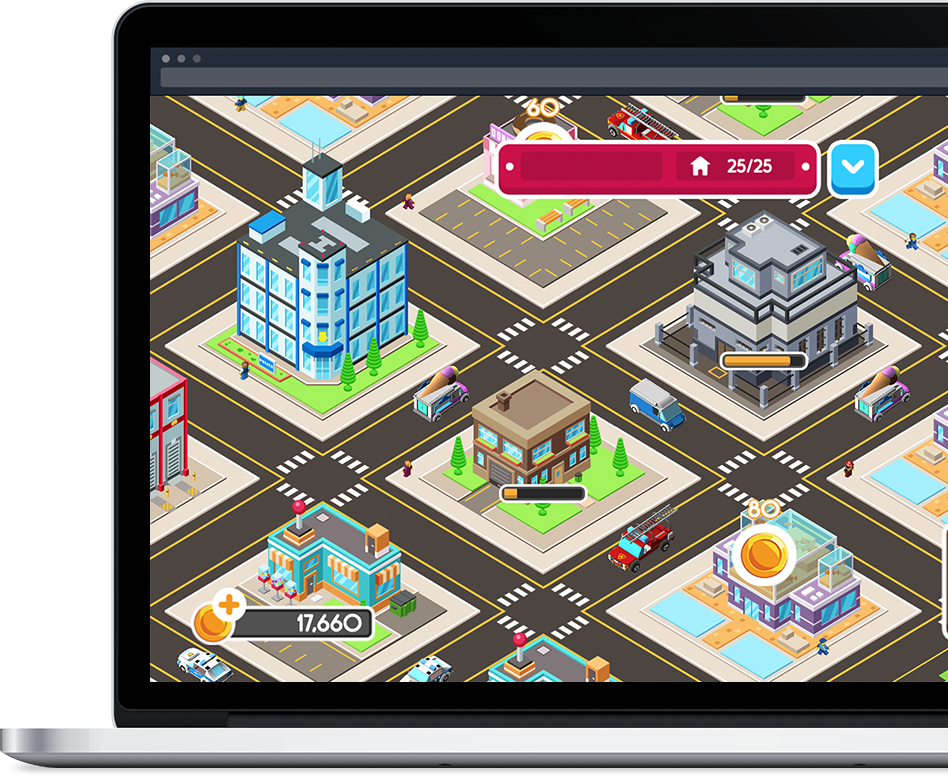