Forward to the future...

We worked with the BBC Tasters team to create an experimental and innovative 3D Doctor Who TARDIS time tunnel web experience controlled by the accelerometer on the user's phone. The game proved so successful that we went on to collaborate with BBC and Samsung Internet on a full WebVR experience for their latest crop of cutting edge mobile devices as well as versions for the HTC Vive and Google Daydream / Cardboard.

Just what the Doctor ordered

The brief from the BBC came about from posing the simple question. What would happen is we collided the worlds of casual gaming and 360º?

Most of the 360 Taster pilots to date have been either video based, or ‘experiential / immersive’ activities. We wanted to do something a little bit different with this one. Our underlying intention was to find out if quick-play gaming would be possible in a 360º viewable game format.

We wanted the audience to experience a quick burst of super-immersive gameplay using their mobiles, but to do so in a totally new way in terms of control and experience impact.

As soon as work began on the game, it immediately became clear that it would be an amazing candidate for VR. In the latter half of the project we worked with the BBC and Samsung Internet to make this happen. However, this was far from just grabbing our £2.5k HTC Vive rig and tuning it up for the lucky elite! Working closely with Samsung we targeted mainstream mobile devices as our core audience, with the aim being to put a rich, meaningful VR experience is as many hands as possible.

Using webvr-polyfill technologies we made the game run on a wide range of not just Samsung hardware, but all other (appropriate spec) devices from the worlds of Android and iOS. Drop your phone into any Gear VR / Daydream / Cardboard VR viewer and take it for a spin. So long as you're reasonably up to date with hardware and OS, you'll probably be surprised. VR for the masses has truly arrived! 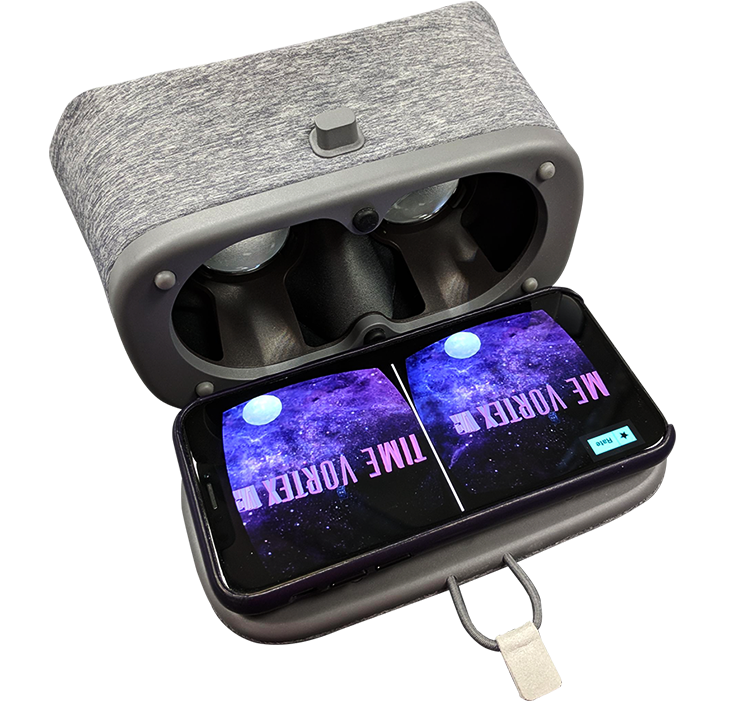 There's a game in everything

Turning one of television's most abstract 30 seconds title sequences into a fully playable game was no mean feat. Striking film and TV visuals are amazing as linear visual treats but preserving their fidelity and essence in an interactive, playable format meant some out of the box thinking.

Gameplay segments were authored in 2D and then converted into the 3D tunnel space via the game engine. The Vortex itself procedurally bends and warps the whole game system meaning that a tight, curated gameplay system feels part of a living, breathing race through time itself!

Digital innovation is at the heart of the BBC Taster mandate, so making a game that uses the 360º motion controls on mobile devices was a logical brief.

Rather than using accelerometer controls as an optional extra, we fully embraced them and created a game that was designed from the outset to be controlled by physical positioning.

There was inevitably some fancy footwork to be done as the TARDIS needed to be both craft and 'cursor' all at the same time. Movement required a complex system of angle based distance adjustments and camera projection to make it feel controllable but crucially, fun. 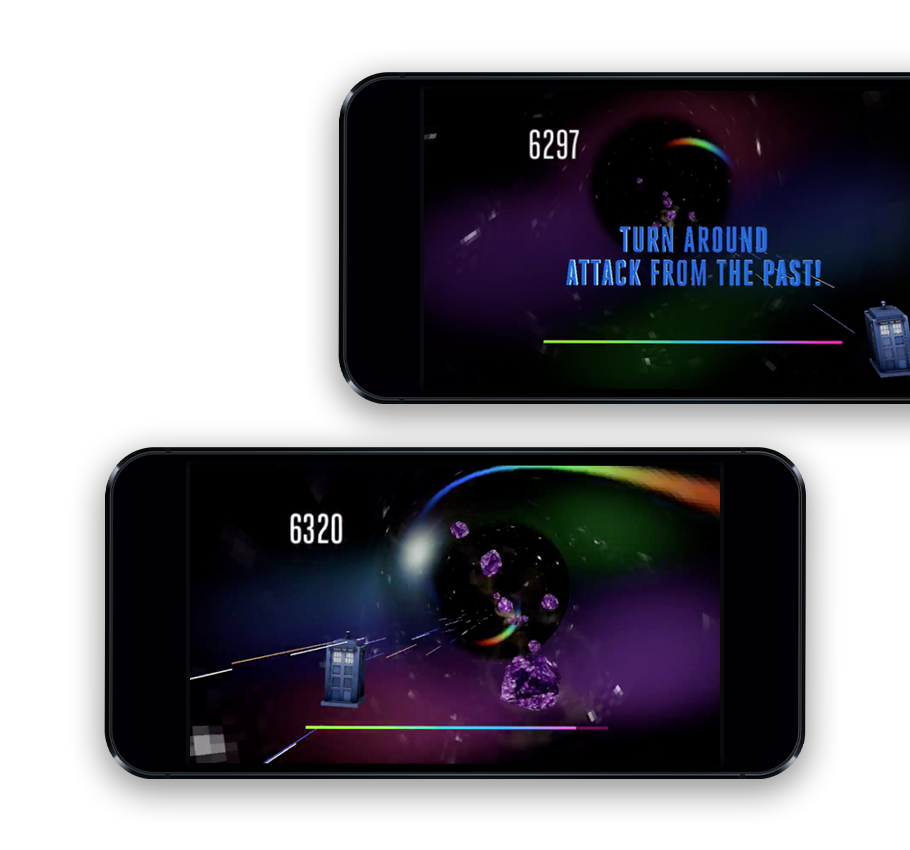 A game born from the brand essence, not a specific moment in time

Whilst tied into the ongoing promotion of the Doctor Who brand as a whole, it was made clear that the game should avoid focussing on the Doctor him (or her!)self too much. With the current Doctor soon to regenerate this was even more important as any specific references would soon make the game dated.

Our concept for making the title sequence into a full game meant that we didn't need to put the Doctor physically in the game whilst still being able to create something of the highest level of brand authenticity. The recently released, full VR version takes this brand essence even further, seeing players hurtle through the Vortex in 1960's and 80's visual incarnations.

So grab your phone and VR viewer and give it a spin...

Time flies when you're having fun!